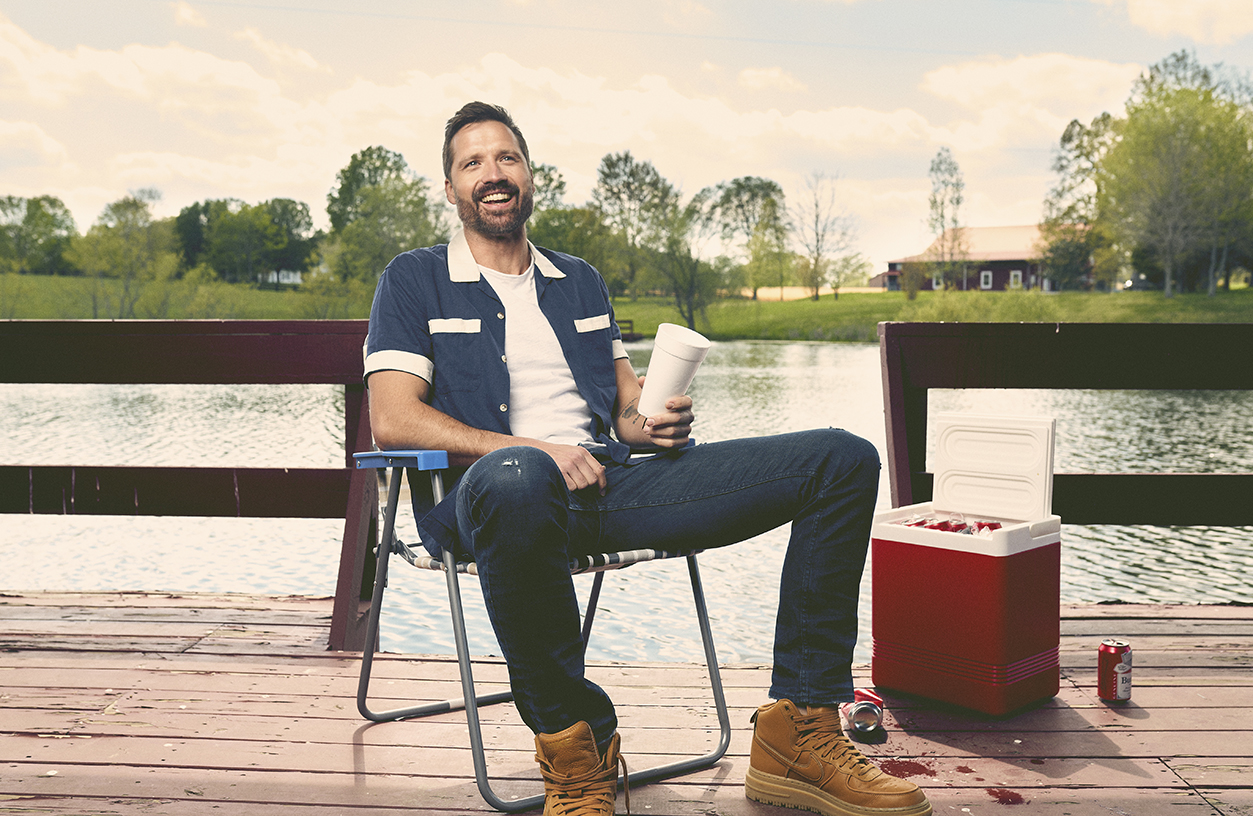 A full COVID-19 vaccination or negative COVID-19 test results within 72 hours of concert dated will be required for all individuals ages 12 years old and older to attend ticketed concerts at Firefly Distillery.

Children 3 years old or older will be required to provide proof of a negative COVID-19 test result
within 72-hours of the concert date.

His recent EP Country Stuff features viral hit “Fancy Like” which sat at the top of the iTunes country songs chart for three weeks after peaking at #1 all genre after release. The song was number one on the Billboard Hot Country Songs Chart and number one on SiriusXM The Highway Top 30 Chart for three weeks after release, and is at Country Radio now.

Hayes’ debut album boom., co-produced by multi-GRAMMY Award winning producer and songwriter Shane McAnally, includes the RIAA certified, Double-Platinum, Top 10 hit “You Broke Up With Me,” and his music, including singles “90s Country” and “Don’t Let Her,” has gone on to be streamed over half a billion times. As the Washington Post stated “Hayes has broken into the mainstream by sounding different.”

Hayes has performed his music to national audiences on Good Morning America and The Today Show and joined the likes of Kelsea Ballerini, Dan + Shay, Thomas Rhett, and Old Dominion on tour.

Christina Taylor, the singer-songwriter behind the hits “As Good As You Look,” “Settin’ Myself on Fire,” “That Girl,” and many more, returns in 2021 with all new music for her fans around the world.

"Damn Boy" is that quintessential song about falling in love with someone that just isn't ready. In the vein of "Peter Pan" (Kelsea Ballerini) and "Space Cowboy" (Kacey Musgraves), "Damn Boy" speaks to those relationships when one person in the relationship is ready for love, but the other is ready to move on.

Named an "artist to watch" by AXS, The Country Source, CMT and the UK’s Your Life In A Song, Christina’s passionate live performances and deep repertoire quickly earned industry notice. In 2019 she and two-time Juno-winner Brett Kissel scored a global hit with “As Good As You Look,” a song she co-wrote with Lovelace and Brent Anderson.

Christina began her professional career at 18, making  twice-monthly drives on her own from her home in North Carolina to Nashville, where she’d bunk with friends while immersing herself in writing and recording sessions. “It’s six hours each way,” she said of the road-trips, which she endured for two-and-a-half years, before becoming a full-time Nashville resident.

Her determination soon paid off. Within a year of moving to Tennessee she was co-writing with greats on Music Row. Her debut EP, That Girl, soon followed.

While her intimate shows at The Listening Room, The Bluebird Cafe and The Analog are a staple on the Nashville scene, she plays huge venues as well, opening for artists such as Pitbull and Tim McGraw at Twin Cities Summer Jam. She has also been part of bills starring Keith Urban, Rascal Flatts, LoCash, Scottie McCreery and other headliners.

Christina was preparing for her second season as host of TCN’s Dirt Road Divas when the pandemic struck. Changing course, she settled into a productive year of backyard concerts and writing sessions that produced five new singles for 2021.

Country artist & songwriter, Lauren Hall, delivers a sound that is all her own stemming from her low country roots, organic edge & a touch of tradition. This Charleston born native spent her early teen years playing anywhere & everywhere around the Carolina's whether it be local bars, her own headlining shows or opening for national artists. Now at 24 she has grown a dedicated fanbase playing 60-80 shows yearly. Hall has played shows with acts such as Travis Tritt, Tracy Lawrence, Gary Allan, David Nail, Maddie & Tae, Riley Green, Lauren Alaina, Chris Janson, Scotty McCreery, Carly Pearce, Mitchell Tenpenny & others. Hall has been named “Best Female Vocalist” two years in a row in the Charleston City Paper as well as “Country/Americana Artist of the Year” in 2020. Hall’s recent singles have held spots on many of Spotify’s editorial playlists and as a result she has gained a good base of listeners. The second release off of Hall's upcoming EP, Gone, also had radio success on Charleston’s biggest stations, one being 92.5 Kickin Country, who added the single in rotation with some of today's hottest mainstream acts reaching a large audience of listeners daily. Hall’s EP was recorded in Nashville & features songs co-written & produced by Curb Records songwriter, Phillip Lammonds, who has collaborated with artists such as Lee Brice, Blake Shelton, Kip Moore, and others. The EP was also produced by Dan Frizsell, most recently known for producing "Rumor" by Lee Brice.

This event is part of Live at Firefly Music Series.