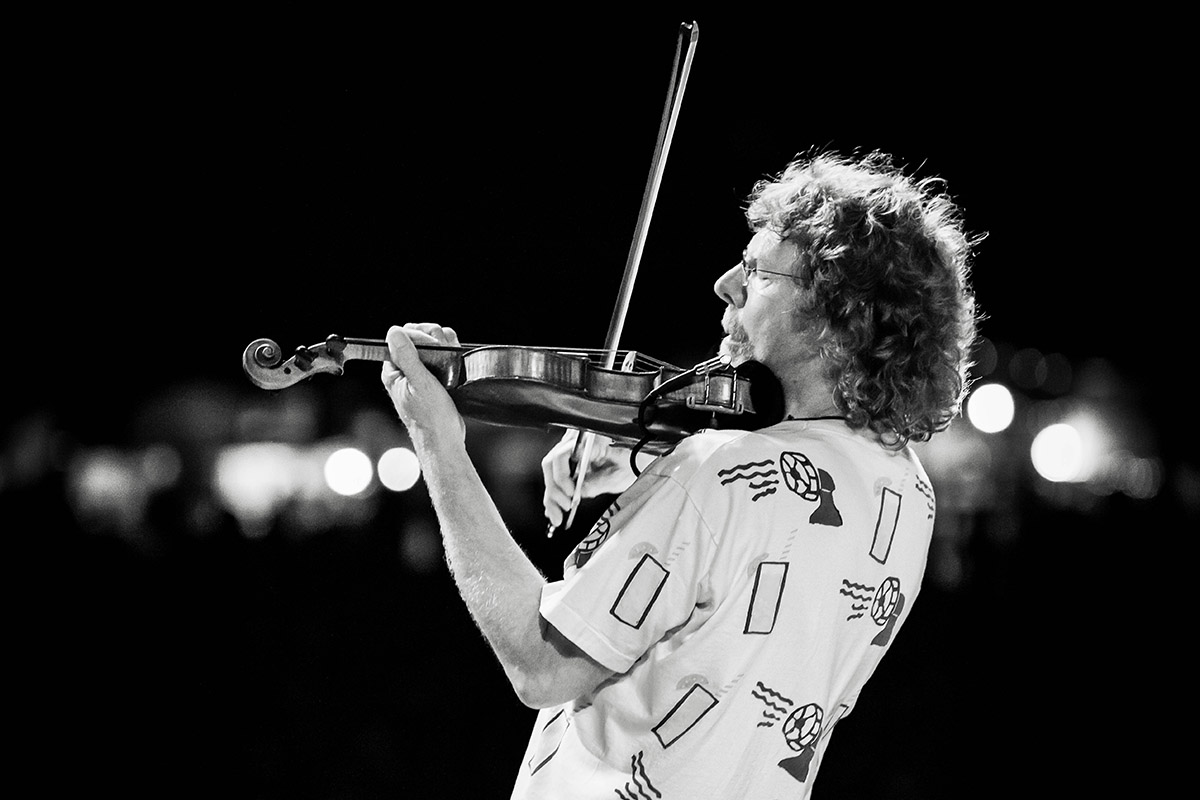 From teen fiddle champion to groundbreaking mandolinist to universally revered “King of Telluride,” there is only one Sam Bush. The son of Kentucky reared on Bill Monroe’s bluegrass came of age in the counter-culture cyclone of the late ‘60s.  In the genre’s outsiders like the Osborne Brothers and The Dillards, Bush heard the future, and by the dawn of the 1970s was leading his own New Grass Revival, driven by the power of rock-and-roll and the freedom of improvisational jazz.

Bush and his hippie co-conspirators changed the bluegrass landscape, touring with Leon Russell, winning fans at festivals across the country, including favored status at Telluride, and recording Grammy-winning songs.  At the group’s peak, after taking aim at the top of the Country charts, Bush walked away.  Subsequent stints with Emmylou Harris and Bela Fleck brought him well-deserved recognition, numerous awards, and the gushing respect of a whole new generation of bluegrass upstarts.

The once rebellious apprentice had become the genre’s gold-standard master.  And now, for fans everywhere, the DVD documentary telling Bush’s full story, Revival: The Sam Bush Story, not only chronicles the life and career of the newgrass creator, but weaves an emotional, inspiring story about the risks and rewards of being a musical iconoclast.

On The Border: The Ultimate Eagles Tribute Band

Runaway Gin: A Tribute To Phish

Idlewild Revival- A Tribute To The Allman Brothers