at The Brick
This event has passed.

On Monday, April 1, 2019, you're invited to join the hottest people in the world at a hidden gem in the heart of downtown Charleston that is home to a historic bar made famous by Jack the Ripper for the exclusive one-night-only FYRE Party.

If you are one of the lucky few to get in the doors then you can enjoy a Tito's Handmade Vodka cocktail while listening to an exclusive concert with some of the biggest names in music such as: Blink 182, Cardi B, Jay Z, Maroon 5, Kayne West, and other international surprise guests, all performed by The Midnight City Band.

The actual experience will exceed all expectations and is something that will be hard to put into words. It will ignite that type of energy, that type of power in our guests. It was designed to remember the 6th anniversary of the fire that destroyed The Brick's original building while helping others in Charleston who are also affected by fire by donating a portion of all proceeds to the MUSC Children's Hospital Burned Children's Fund.

Admission (This is a party for charity after all):

Pass 2: For the ultimate FYRE Party experience, you can get an All-Inclusive VIP Pass for $40. This pass will get you access to the All-You-Can-Eat-BBQ-Buffet, and also allow you to enjoy complimentary cocktails Tito's Handmade Vodka and other liquors, select beers, and wines, for the duration of the party. Gratuity not included.

This is a What Did You Do Joe Joe Production.

Why A Fire Party?

On April 1, 2013, The Brick, along with three other bars and restaurants, burnt down on East Bay St.  At the time the city rallied behind the four businesses and held fundraisers for the affected staff so they could pay their bills while they were looking for new jobs.

Everyone eventually did find new restaurants to work at, but the owner of The Brick, Matt Quillen vowed that he would be bringing back The Brick. While looking for the perfect location he continued to host fire anniversary parties at different bars and restaurants to give employees and regulars an opportunity to have a reunion and to say thanks to Charleston for all of their support.

On April 1, 2016, Matt stayed true to his word and announced that The Brick would finally return to Charleston, though not at their original location.  One year later on Friday, March 24, 2017, The Brick hosted their grand reopening at their new location on Ann St.

Charleston was there for The Brick when they needed the help, and on Monday, April 1, 2019, The Brick will continue to return the support by throwing their 6th anniversary fire party and raising money for MUSC Children's Hospital Burned Children's Fund to help families in the community that have also been affected by fires.

They are a partner in each burned child’s recovery by:

•    Providing funding for non-medical items and services critical to the recovery of pediatric burn patients, including wound care and rehabilitative equipment

•    Providing funding for patients’ and families’ basic needs during treatment such as food, lodging, clothing, and transportation

•    To promote burn awareness and fire prevention throughout South Carolina by supporting:

•    Funding for workshops for fire and life safety educators

Jack the Ripper was an unidentified serial killer who took 11 lives between April 1888 and February 1891.

The bar at The Brick is from the late 1800s and was found in a pub in the Whitechapel district of London made famous by Jack the Ripper. The bar owner who occupied the space before The Brick opened on East Bay St. loved that bar so much that it was dismantled and shipped to Charleston to be installed into a concept called Jack the Ripper.  After the 2013 fire was extinguished, The Brick's owner was relieved to find that one of the few things left undamaged was the historic bar. 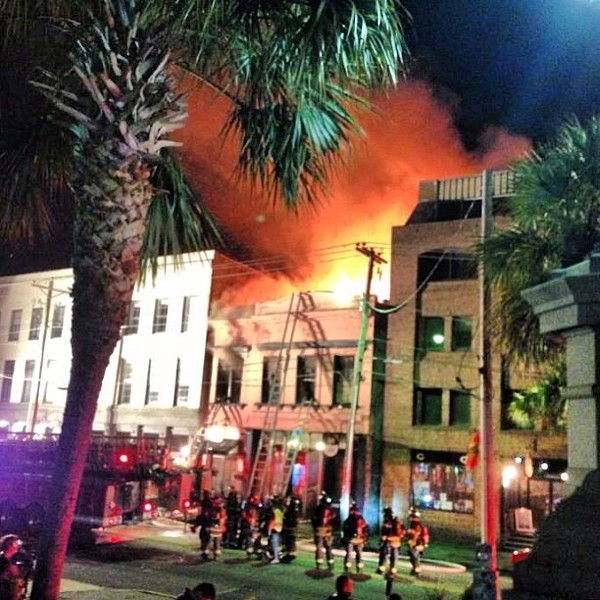 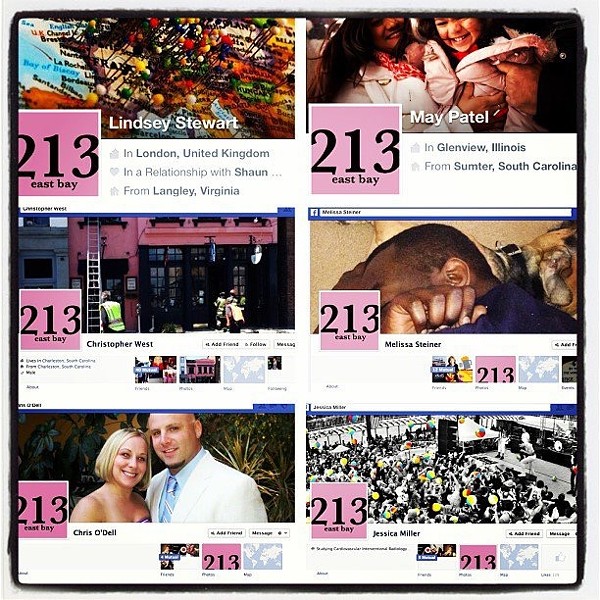 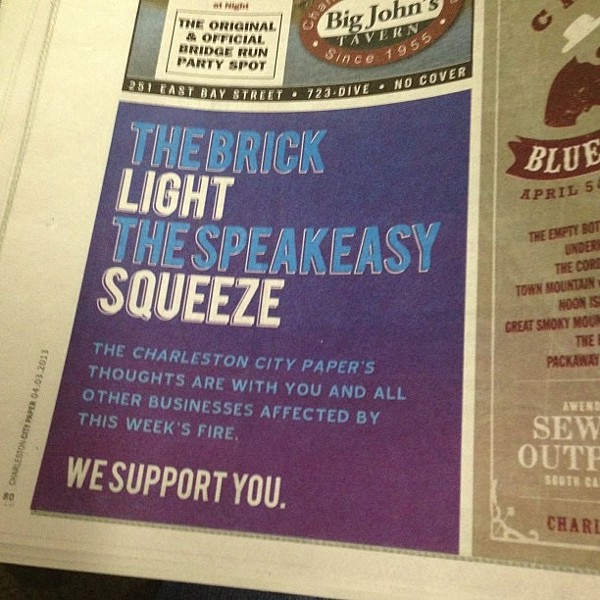