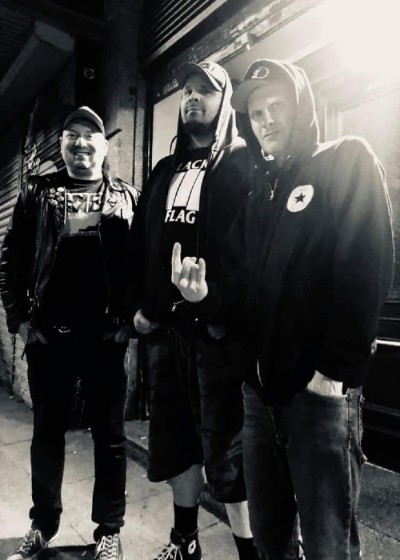 The Queers are an American punk rock band, formed in 1981 by the Portsmouth, New Hampshire native Joe P. King (a.k.a. Joe Queer) along with Scott Gildersleeve (a.k.a. Tulu), and Jack Hayes (a.k.a. Wimpy Rutherford). With the addition of Keith Hages in 1982 the band started playing their first live shows. The band originally broke up in late 1984, but reformed with Joe Queer and a new line-up in 1986. In 1990, the band signed with Shakin' Street Records and released their first album Grow Up. The album earned the band notability within New England, but with the release of their next album 1993's Love Songs for the Retarded, on Lookout! Records, their following grew larger. In 2006, after releasing six albums on Lookout! Records, the band rescinded their master rights from the label, citing breach of contract over unpaid royalties. Later that year they signed with Asian Man Records.The band released their 14th Studio album 'Save The World' in 2020"

Let’s be honest. Teenage Bottlerocket has always been rad. Formed in Wyoming in 2000, they were rad when they released their debut album, Another Way, in 2003 and almost two decades – as the title of this eighth studio album suggests – they remain just as rad. Following on from 2017’s Stealing The Covers – which, funnily enough, was a record of cover versions ­– these 14 short, snappy and stylish punk songs are centered around the songwriting chops of guitarists/vocalists Ray Carlisle and Kody Templeman (who also fronts The Lillingtons) and overflow with Teenage Bottlerocket’s typical mix of humor and poignancy, silliness and melancholy.  But it’s also the first album of original material that the band – completed by bassist Miguel Chen and drummer Darren Chewka – made following the death of former drummer and Ray’s twin brother Brandon in 2015.

“I’m definitely proud of it,” says Ray. “It’s cool how we all came together through something so tragic and made one of our best records. I think Brandon would really love it. Stealing The Covers really helped us get back on our feet and it was a cool in-between, but this record was something we wanted to make as excellent as possible.”

“I think we all had him in the back of our minds while writing and recording it,” adds Kody. “I’d like to think that he would be happy with how it turned out.”