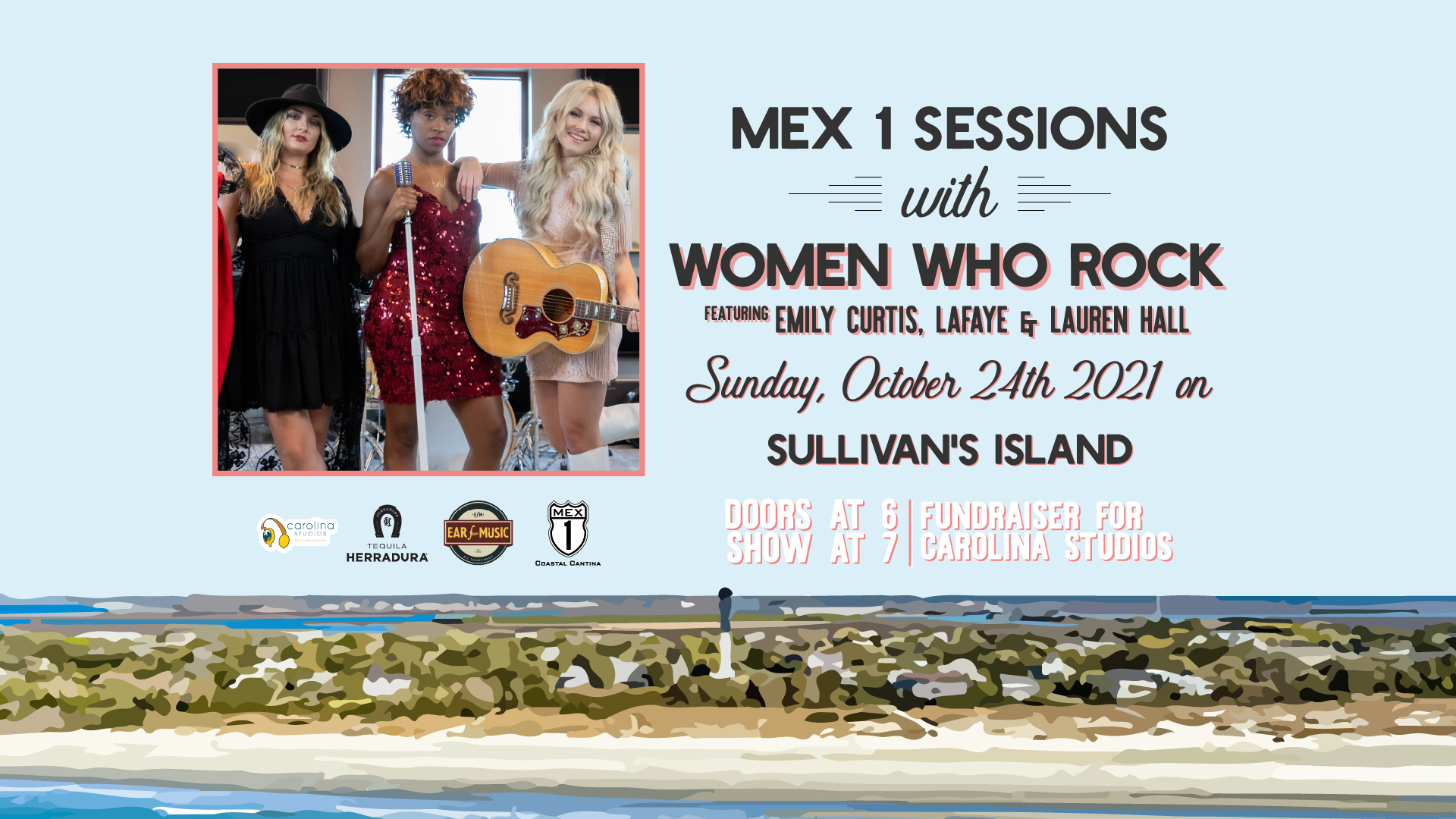 at Mex1 Coastal Cantina Sullivan's Island
This event has passed.

Mex 1 Coastal Cantina in conjunction with Ear for Music is excited to bring you our next installment of #Mex1Sessions with Women Who Rock on Sunday, October 24th at 7pm! This special evening is one you don't want to miss as we feature three local legends, Emily Curtis, LaFaye and Lauren Hall, for an intimate and unplugged experience on the Island. We are selling a limited amount of tables as well as a limited amount of general admission tickets which will be first come first serve for the bar. Please see the attached layout to buy your table.

Carolina Studio's mission is to provide students a safe environment that fosters creative, educational, and career-focused initiatives through music, technology and media arts. Doors open at 6pm with music starting at 7pm. Grab some friends and drop in for dinner and a chance to meet the band before the show!

Check out more info on Carolina Studios at www.carolinastudios.net/

Emily Curtis is a soulful pop singer-songwriter with a southern flare. The Charleston-born and raised artist began making waves with her guitar and smooth vocals in her local music scene in 2015 and has since gained national attention with her own music. With her latest single "Sandcastles" premiering in American Songwriter Magazine, and signing tracks to global sync licensing catalogues, Koze Music and Kimura, she is steadily gaining traction in the songwriting world. No stranger to the stage, Curtis has performed everywhere from local bars, to amphitheaters, to radio, to showcases in the Costa Rican jungle, with show credits including national acts such as Parmalee, Sister Hazel and hometown favorites Hootie & The Blowfish. Collaboration has been the backbone of her career. Some of her most recent producers, songwriters, and personal mentors include Micah Nichols (touring guitar player for NEEDTOBREATHE, cowriting credit with Johhnnyswim), as well as sync writer/producers Sam “Heights” Garay and Adam McInnis, and producer/songwriter Mario Marchetti (credits include JoJo, Demi Lovato, Ryan Tedder). Her passion for building community and empowering women led to the co-founding of "Sisters In Song", a diverse community dedicated to bringing Charleston women together to educate, empower, and inspire women in all areas of the music industry. At the end of the day, Emily Curtis is "more than music", hoping to connect with people from all over the world leading them to a place of wholeness and belonging feeling empowered to "Leave a Mark" using the unique gifts and strengths that each person possesses.

The Atlanta born artist brings the show with her, with her high energy, sultry yet eclectic, funky fusion, high powered vibes to grasp the attention of even the least expected. With musical influences from Whitney Houston, Al Green, Fantasia, Prince, James Brown, Nina Simone, Mali Music & Erykah Badu. As an artist, LaFaye is striving to make Alternative Rock-Soul  relevant while still honoring traditional Neo-Soul & R&B. Her main goal is to create timeless, feel good, music that people of all ages & walks of life can relate to & genuinely enjoy.

Country artist & songwriter, Lauren Hall, delivers a sound that is all her own stemming from her low country roots, organic edge & a touch of tradition. This Charleston born native spent her early teen years playing anywhere & everywhere around the Carolina's whether it be local bars, her own headlining shows or opening for national artists. Now at 24 she has grown a dedicated fanbase playing 60-80 shows yearly. Hall has played shows with acts such as Travis Tritt, Tracy Lawrence, Gary Allan, David Nail, Maddie & Tae, Riley Green, Lauren Alaina, Chris Janson, Scotty McCreery, Carly Pearce, Mitchell Tenpenny & others. Hall has been named “Best Female Vocalist” two years in a row in the Charleston City Paper as well as “Country/Americana Artist of the Year” in 2020. Hall’s recent singles have held spots on many of Spotify’s editorial playlists and as a result she has gained a good base of listeners. The second release off of Hall's upcoming EP, Gone, also had radio success on Charleston’s biggest stations, one being 92.5 Kickin Country, who added the single in rotation with some of today's hottest mainstream acts reaching a large audience of listeners daily. Hall’s EP was recorded in Nashville & features songs co-written & produced by Curb Records songwriter, Phillip Lammonds, who has collaborated with artists such as Lee Brice, Blake Shelton, Kip Moore, and others. The EP was also produced by Dan Frizsell, most recently known for producing "Rumor" by Lee Brice. 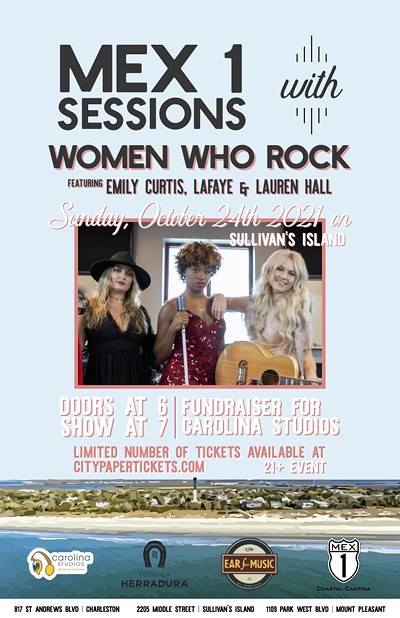