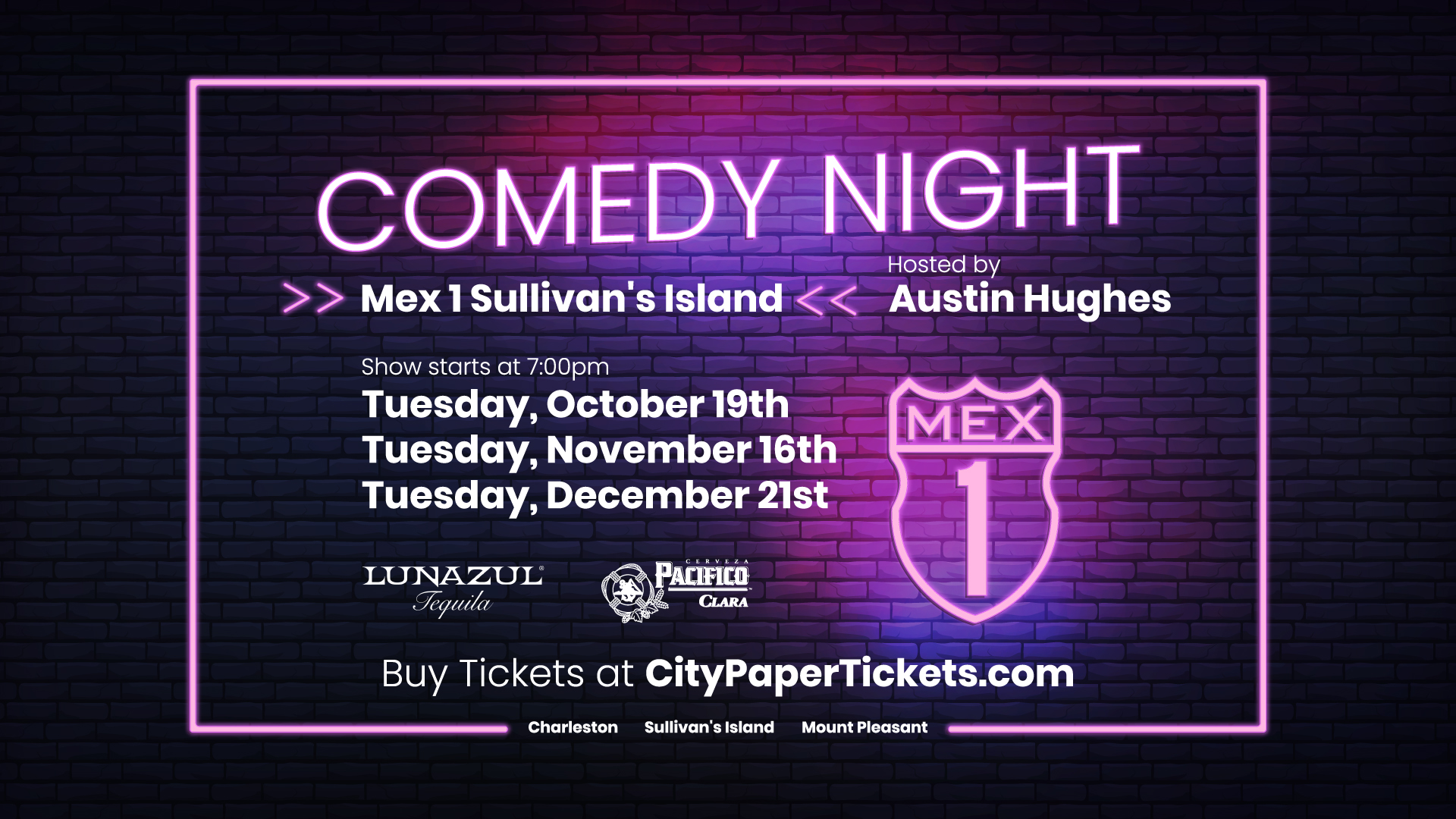 at Mex1 Coastal Cantina Sullivan's Island
This event has passed.

Comedy Night has been a huge hit here at Mex 1! Our summer series at Mex 1 Park West is over, and we are moving Comedy Night back to the beach! Our first show back starts on Tuesday, October 19th at Mex 1 Sullivan's Island starting at 7pm. We have some other dates to round out the year which can be found below.

Tickets will be sold as tables, at just $5 a seat, to ensure better sound, safe distancing and an all-around better night. Come laugh it up with a hilarious group of local Charleston comedians guaranteed to make you chuckle. Buy your tickets now before we sell out!

Our Emcee for the evening is Austin Hughes, a celebrated local comedian known for taking us back to our awkward teenage years. We will also have some hilarious stories from some other lowcountry locals all night. Drop in for a night of guaranteed laughs, awkward stories and some of the best Tacos and Tequila in town. 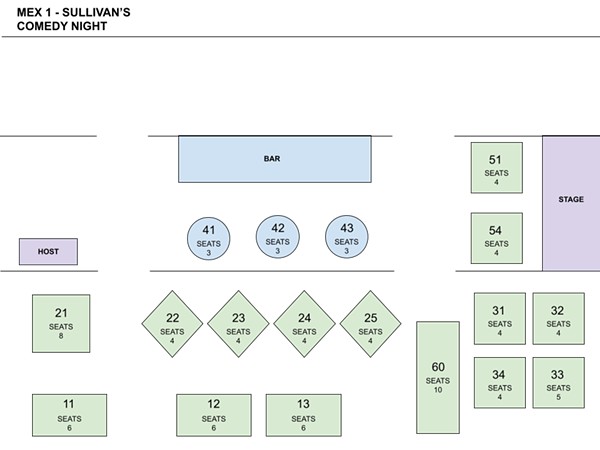 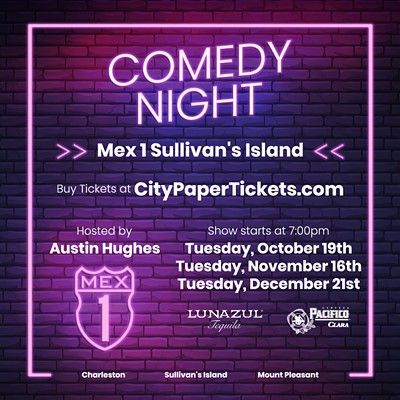