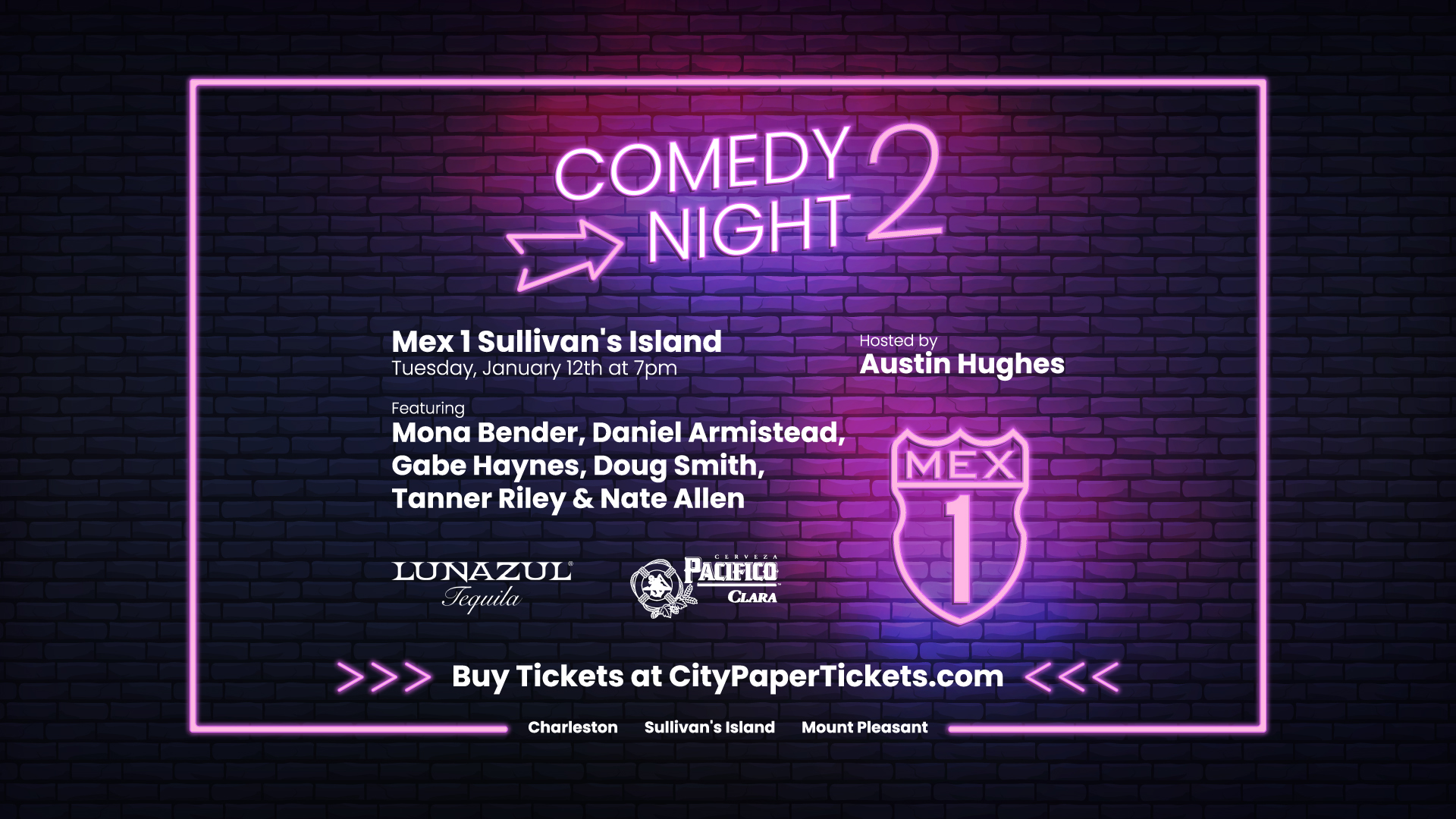 at Mex 1 Coastal Cantina Sullivan's Island
This event has passed.

Our very first Comedy Night at Mex 1 Sullivan’s Island was a huge hit! We are bringing round two to you guys on Tuesday, January 12th starting at 7pm. Tickets will be sold, at just $5 a seat, to ensure better sound, safe distancing and an all-around better night. We will be selling tables and first come, first serve bar seats as general admission. Come laugh it up with a hilarious group of local Charleston comedians guaranteed to make you chuckle.

Our Emcee for the evening is Austin Hughes, a celebrated local comedian known for taking us back to our awkward teenage years. We will also have some hilarious stories from some other lowcountry locals like Doug Smith, Mona Bender, Daniel Armistead, Gabe Haynes, Tanner Riley and Nate Allen. Drop in for a night of guaranteed laughs, awkwards stories and some of the best Tacos and Tequila in town. Mex 1 Sessions with the Will Blackburn Trio