at The Old Brick Church
This event has passed.

Will Hoge is a chart-topping singer-songwriter with musical roots from Nashville, Tennesse. His musical style has often been described as "a blend of soulful Americana and heartland rock & roll." Hoge has received various award nominations including a Grammy nomination for "Country Song of the Year" and has toured the the world extensively alongside popular musical acts such has Shinedown and Sugarland. His latest album, American Dream, is a politically charged album, featuring the single, "Thoughts and Prayers."

Join us for a special acoustic evening with Will Hoge, presented by STAC House Houses on Saturday night, March 7th! 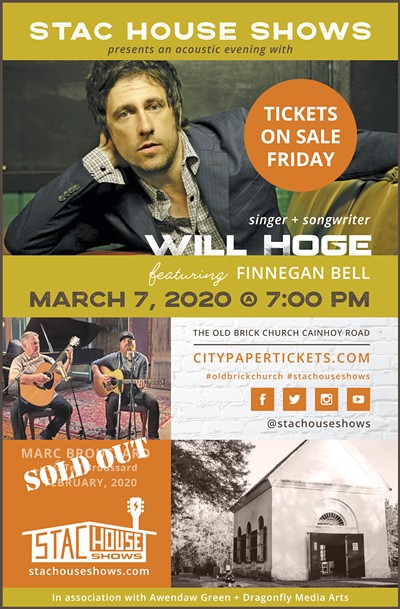