at Theatre 99
Online ticket sales have ended, but tickets are available at the door, CASH ONLY!

Passionate smoldering secrets lurch beneath the surface of genteel society – and explode in a climax of accusation, confession and consequence. Inspired by Tennessee Williams’ masterful storytelling and delicious language, Impro Theatre starts with a single audience suggestion and builds improvised full-length plays that are hilarious, yet tragic as a Southern belle’s broken heart.

Stage Raw Recommended! "Clever and gloriously, impossibly funny! Brings down the house over and over again. Getting an audience to admire the smart work they’re watching up on stage is one thing; getting big loud laughs from them is something else. For the last ten years Los Angeles’s phenomenal Impro Theatre Company has consistently been doing both." - Stage Raw 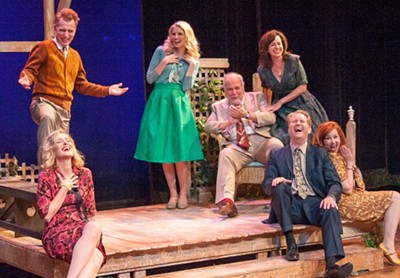