NEWLYWEDS
Watch two people say they’re not going to argue this time, then do it anyway. Just like a real newly wedded couple! Also one is Australian (Nathan Soutar) and one played a chicken on a Nickelodeon Award Show (Jeanine Peters Gillette). So come raise a glass and enjoy this dynamic (newly) domestic duo.

TALES FROM THE CAMPFIRE: THE IMPROVISED GHOST STORY
What are you afraid of?  At Tales from the Campfire, The Pushers take your deepest fears and turn them into a series of gut-busting ghost stories right before your eyes.  Get ready for a frightful night of comedy (or is it a hilarious night of frights).

BUSTERCUPS
The Bustercups are a Grammy nominated and declined (that's right, they declined it!) comedic rap duo out of Columbia, SC. Phil Carter aka Philabuster, Patrick Fowler aka MC Pcup and producer Adrian Perez aka Freak Pheromone combine a mix of hard core hip hop, comedy and satire that will be sure to get your body moving, especially your funny bone. 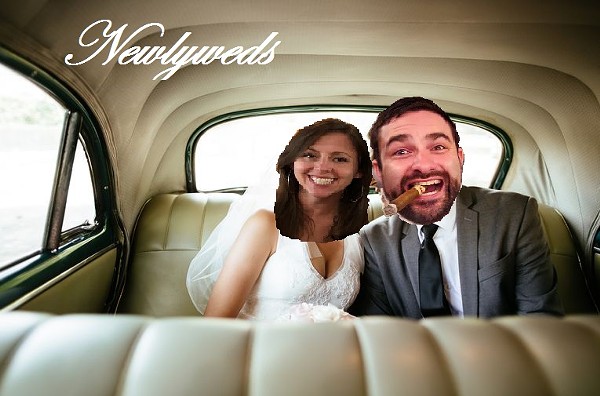