The Queers are a pop-punk/punk rock band from Portsmouth, New Hampshire, formed in 1982. Singer/Guitarist/Songwriter Joe King has been the principal member of the group, with a vast number of musicians cycling in and out of the band over the years. Supposedly, the band name 'Queers' was used simply to poke fun at what he called the "Art Fag" community in NH. That same brand of humor and inanity has become a staple of The Queers music, who have produced songs such as "Can't Stop Farting", "Born To Do Dishes", and "I Didn't Get Invited To The Prom" in their own Ramones-esque style. While some punk rock bands attempt to use their music to impart a social or political message, King has made it clear that The Queers exist simply to play punk rock for the fun of it.The Queers play a Ramones style of pop punk with songs about girls and beer.

With a cocktail of attitude fueled rock n' roll Switchblade Villain exploded onto the Tampa music scene. With their first EP released in late 2015 the band began to play throughout the Tampa bay area earning notoriety among the local scene. As of their second EP, recorded and produced by Joe Queer at Scabbey Road Studios in 2017, the band has begun to play successful shows throughout the US. 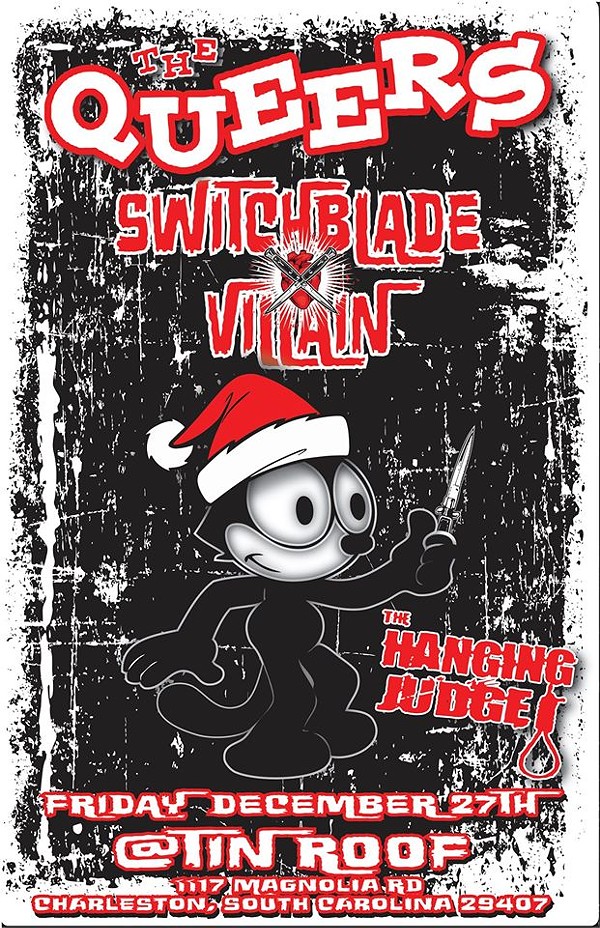