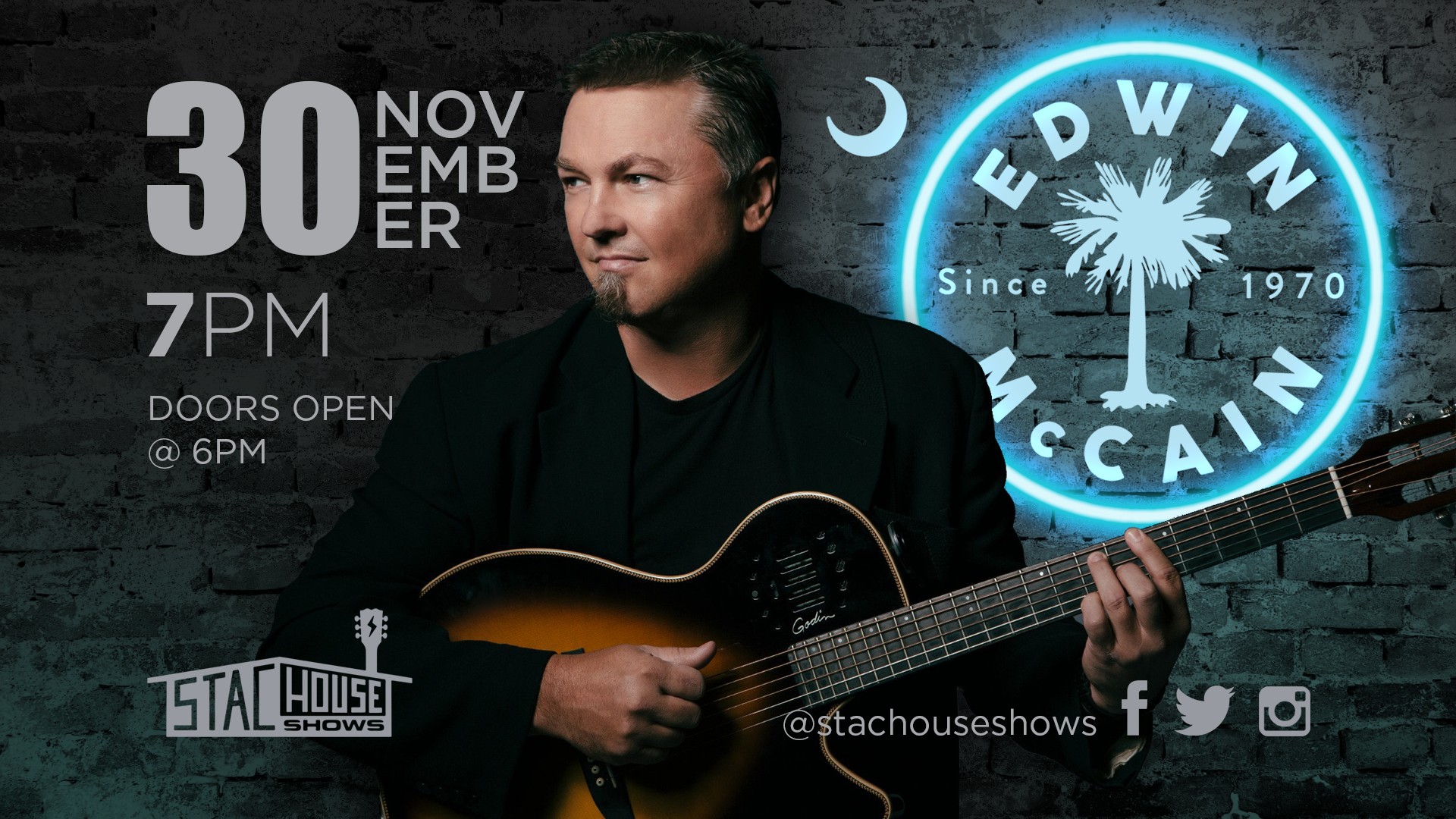 at The Historic Old Brick Church
This event has passed.

Join STAC House Shows once again for an incredible evening of story and song in one of Charleston's most intimate and exceptional venues, the Old Brick Church on Cainhoy Road featuring Country Music icon, Edwin McCain. The show will open with our very own homegrown singer/songwriting duo, Finnegan Bell.

Called the “great American romantic” by the New York Times, Edwin McCain has built an enviable career over the past 20 years by balancing his massive pop success with the year-round touring schedule of a tireless troubadour.  His hit songs, authentic spirit and surprisingly affable sense of humor keep fans coming back time and time again for nights that feel more like parties with old friends than rock concerts. After recording two of the biggest love songs in the history of pop music and experiencing the success that comes with a television show on Animal Planet (Flipping Ships), McCain now performs upwards of 100 shows annually throughout the US as a solo artist, with his full band or his acoustic trio. Recently, he’s added orchestras to his repertoire, performing with symphonies in select markets where he brings his powerful songs to majestic new heights.